Paper flower for the month of June 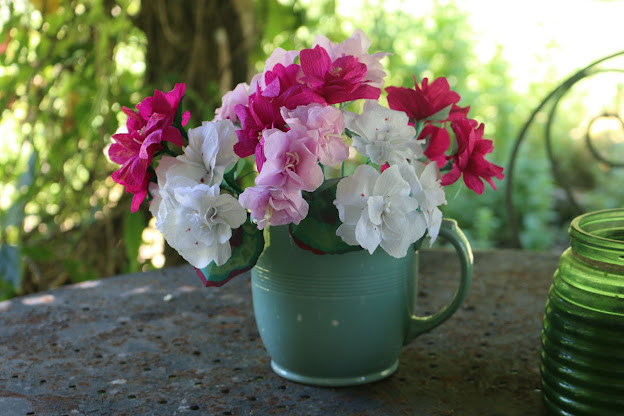 This month I was organised and had decided what I wanted to make as my flower for the month of June well in advance.

It is a potted plant, which, the moment the weather turns cold, I squirrel away in miserable conditions that would involve court of human rights if it wasn’t a flower.  I ignore it for most of winter and then after the last frosts, return it to the garden with a little feed where it produces wonderful blooms all summer long.

A flower that also reminds me of childhood.  In summer, two burgeoning pots like guardsmen stood either side of the front door.   I remember loving the pretty red flowers but hating the smell of the leaves as I brushed past in my blazer and satchel.  I love the fragrance now but then again I didn’t like mushrooms at the time. 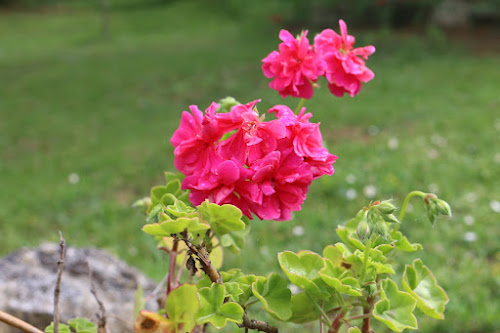 Anyway, the problem turned out, not what to make, but what to call it.  I could either be correct about it or popularist and until a couple of weeks ago I was completely ignorant of the difference.  It started with my Dad, I shall blame him.  We were discussing bringing out our flowers to harden them off and he mentioned that he was going to take his pelargoniums out of hibernation.  I said that I would do the same with my geraniums.

A few days later my sister-in-law posted some lovely pelargoniums and pointed out that they were often incorrectly called geraniums.  In a light bulb moment (undoubtedly energy saving for the time it took to light), I realised my Dad and I had been talking about the same plants.  It hadn’t occurred to me that my perennial hardy “Patricia”s were completely different from my frost-tender zonal pinks.   After all, I have met many people who share the same name but bear no resemblance to each other, I should have realized that plant nomenclature is a little more particular. 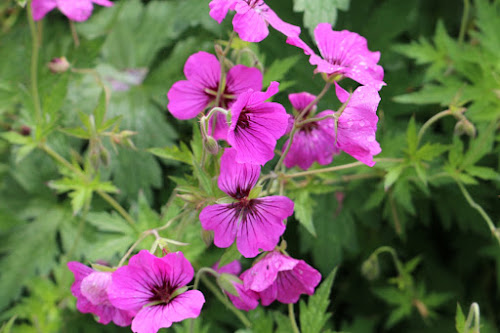 In a quest to understand this inconsistency, I did what any serious acolyte of the truth would do, I “Googled” it.  I found, with other fascinating facts on the “Pelargoniumfor Europe” website, that when the flowers first arrived on this continent in the 17 century they were called geraniums because of their similarity to the true geraniums that live in the ground in my garden.  It was only much later when a protocol for the nomenclature of plants was introduced that botanists identified them as a completely separate plant.

So here they are, call them what you will, Pelargoniums or Geraniums, they are lovely blooms that will accompany us all summer long until they, like Persephone, will be consigned to the underworld for 6 months of the year...unless you have some of my paper creations and then you can have them all year round.

You can buy my paper geraniums on the Tornade de Roses website here. 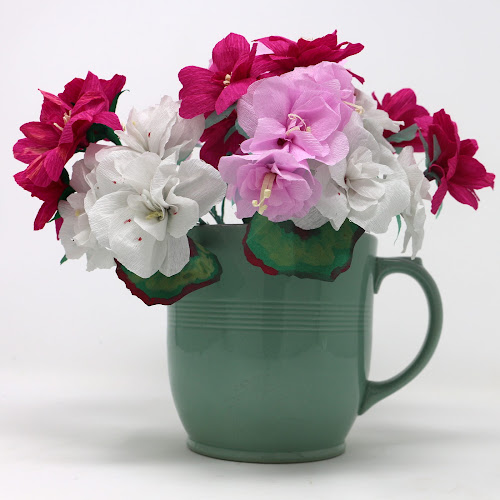 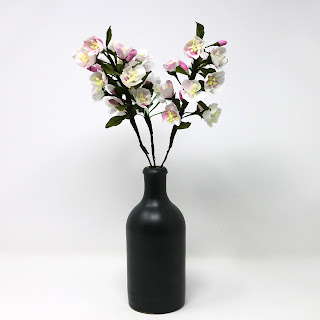